February 11 2022 — Cresco Labs (CSE:CL) (OTCQX:CRLBF) (“Cresco Labs” or “the Company”), a vertically integrated multistate operator and the number one U.S. wholesaler of branded cannabis products, today announced the Clio Award-winning documentary short film, “The Sentence of Michael Thompson”, will have its world premiere on March 9 at the Santa Barbara International Film Festival (“SBIFF”) and screen March 13 through 17 at the South by Southwest (“SXSW”) film festival. “The Sentence of Michael Thompson” is the first documentary short film on the topic of social justice, criminal justice reform and cannabis decriminalization, and the first social justice-focused documentary produced by a cannabis brand (Cresco), to debut at both acclaimed global and U.S. film festivals held in Santa Barbara, Calif. and Austin, Texas, respectively.

The Clio Award Winning Documentary short film, “The Sentence of Michael Thompson”, will have its world premiere at the Santa Barbara International Film Festival and screen at the South by Southwest Film Festival (Photo: Business Wire)

“It is humbling and an honor to have the opportunity to help share Michael Thompson’s story through such prestigious film festivals like SBIFF and SXSW,” said Chima Enyia, EVP of SEED at Cresco Labs. “Unfortunately, one of the themes central to Michael’s story is not unique; several hundred thousand Americans—predominantly Black and Latinx—continue to be arrested on marijuana-related charges every year. Over 40,000 people suffer in prison because of cannabis-related convictions at this very moment. Through this film, we hope to help audiences truly understand the gravity of injustice on the lives of people adversely impacted by The War on Drugs and advance the dialogue surrounding racial and social justice to help change our nation’s drug laws.”

The subject of the film, Michael Thompson, is the longest serving non-violent offender in Michigan history. In 1994, he was arrested for selling three pounds of cannabis to a close friend turned police informant. He was sentenced to 42 to 60 years and remained in prison after Michigan legalized the recreational use and sale of cannabis.

“The Sentence of Michael Thompson” follows Michael’s daughter, Rashawnda, and his lawyer, Kim, during the fight for clemency. It examines the harm the War on Drugs has caused on marginalized communities and explores paths forward as national cannabis legalization gets closer to becoming a reality. The filmmaking team includes Kyle Thrash, Haley Elizabeth Anderson, Ian Ross, Logan Triplett and Matt Schaff, who’s work have all been shown at SXSW, Sundance, Tribeca and other notable national and international film festivals. Released on Juneteenth 2021, the film’s trailer earned the Silver Clio Cannabis Award for Film & Video creative excellence.

Over the past 35 years, SBIFF, a nonprofit arts and educational organization, has become one of the leading film festivals in the U.S. The film festival takes place March 2 through 12, 2022. For more information, visit SBIFF.org. Now in its 29th year, SXSW is best known for its conference and festivals that celebrate the convergence of the interactive, film and music industries. The Film Festival runs March 11 through 19, 2022. For more information about the SXSW Film Festival, visit SXSW.com/festivals/film.

Cresco Labs is one of the largest vertically integrated multistate cannabis operators in the United States, with a mission to normalize and professionalize the cannabis industry. Employing a consumer-packaged goods (“CPG”) approach, Cresco Labs is the largest wholesaler of branded cannabis products in the U.S. Its brands are designed to meet the needs of all consumer segments and comprised of some of the most recognized and trusted national brands including Cresco, High Supply, Mindy’s Edibles, Good News, Remedi, Wonder Wellness Co. and FloraCal Farms. Sunnyside, Cresco Labs’ national dispensary brand, is a wellness-focused retailer created to build trust, education and convenience for both existing and new cannabis consumers. Recognizing that the cannabis industry is poised to become one of the leading job creators in the country, Cresco Labs operates the industry’s largest Social Equity and Educational Development initiative, SEED, which was established to ensure that all members of society have the skills, knowledge and opportunity to work and own businesses in the cannabis industry. Learn more about Cresco Labs at www.crescolabs.com. Follow Cresco Labs on Facebook, Instagram, Twitter and LinkedIn. 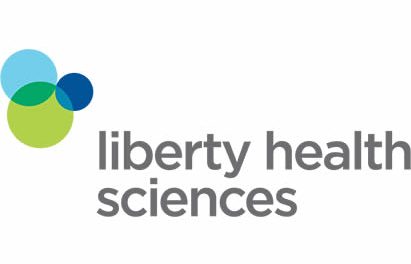