See definitions and reconciliation of non-GAAP measures elsewhere in this release.

“Our team delivered solid first quarter results with revenue increasing 25% over the prior year quarter. We generated our seventh consecutive quarter of positive net income of $29 million, or $0.12 per share, and Adjusted Operating EBITDA of $67 million. For the ninth consecutive quarter, we delivered positive cash flow from operations, which was $55 million in the first quarter,” said Green Thumb Founder and Chief Executive Officer Ben Kovler. “We continue to have strong conviction in our core thesis and given the opportunity ahead, we will invest in markets where we know demand is coming. As I have said before, growth is not linear and there will be quarter-to-quarter fluctuations depending on when new markets open to adult-use sales as well as the timing of our infrastructure investments. Our preparations in New Jersey positioned us well for demand on Day One, and we feel confident in our playbook for future adult-use transitions.”

“We believe that all our markets will eventually open to adult-use sales—we don’t know exactly when—but we do know that Americans are choosing cannabis for well-being and our trusted family of brands are well-positioned for the future. There is tremendous opportunity in this Great American Growth story, and we believe that the approximately $25 billion legal U.S. cannabis market will have significant growth over the next decade,” concluded Kovler.

Total revenue increased 25% to $242.6 million from $194.4 million in the prior year period, driven by contributions from both the Retail and Consumer Packaged Goods businesses. On a sequential basis, revenue was essentially flat compared to $243.6 million in the fourth quarter 2021. Year-over-year revenue growth was driven by expanded distribution of Green Thumb’s branded products, 20 new stores and increased traffic in the Company’s 76 retail stores open and operating at quarter end.

EBITDA for the first quarter 2022 was $77.5 million or 32% of revenue compared to $66.5 million or 34% of revenue for the same period in the prior year. Adjusted Operating EBITDA, which excluded non-cash stock-based compensation of $4.7 million and $15.2 million of other non-operating income, was $67.0 million or 28% of revenue as compared to $71.4 million or 37% of revenue in the comparable period. The decrease in Adjusted Operating EBITDA largely reflected inflation on raw material inputs and additional compensation for talent throughout the organization. The Company continues to invest in its infrastructure to prepare for future demand in key markets. The decrease also reflected pricing headwinds in Pennsylvania, Nevada and Massachusetts.

For additional information on these non-GAAP financial measures, see below under “Non-GAAP Financial Information.”

Green Thumb in the Community

On March 24, 2022, Green Thumb announced it expanded its partnership with Olive-Harvey College, a community college located on the southeast side of Chicago, by donating $200,000 to support the school’s cannabis education program. The program provides training, scholarships, equipment, staffing and industry access to help create a more diverse workforce within the cannabis industry.

On April 27, 2022, the Company announced its second round of grants to five non-profits through its Good Green grant program that supports organizations doing vital work in communities disproportionately affected by the War on Drugs. Each organization selected encompasses one or more of Good Green’s three core pillars: education, employment and expungement. The five recipients: Ex-Cons for Community and Social Change of Chicago; Growing Home of Chicago; Greyston Foundation of Yonkers, NY; i.c.stars of Chicago; and TakeRoot Justice of New York received unrestricted grants of $60,000 each to help advance their organization’s mission. Applications and additional information are available at www.good.green.

EBITDA: Earnings before interest, taxes, depreciation and amortization and is a measurement of financial performance without having to factor in financing decisions, accounting decisions or tax environments.

Green Thumb will host a conference call on Wednesday, May 4, 2022 at 5:00 pm ET to discuss its first quarter financial results for the quarter ended March 31, 2022. The conference call may be accessed by dialing 844-883-3895 (Toll-Free) or 412-317-5797 (International) with conference ID: 10165081. A live audio webcast of the call will also be available on the Investor Relations section of Green Thumb’s website at https://investors.gtigrows.com and will be archived for replay.

Green Thumb Industries Inc. (“Green Thumb” or the “Company”), a national cannabis consumer packaged goods company and retailer, promotes well-being through the power of cannabis while giving back to the communities in which it serves. Green Thumb manufactures and distributes a portfolio of branded cannabis products including Beboe, Dogwalkers, Doctor Solomon’s, Good Green, incredibles and RYTHM. The Company also owns and operates rapidly growing national retail cannabis stores called RISE. Headquartered in Chicago, Illinois, Green Thumb has 17 manufacturing facilities, 77 open retail locations and operations across 15 U.S. markets. Established in 2014, Green Thumb employs approximately 4,000 people and serves millions of patients and customers each year. The Company was named to Crain’s Chicago Business Fast 50 list in 2021 and a Best Workplace by MG Retailer magazine in 2018 and 2019. More information is available at www.GTIgrows.com. 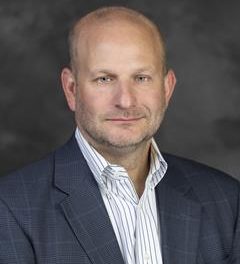 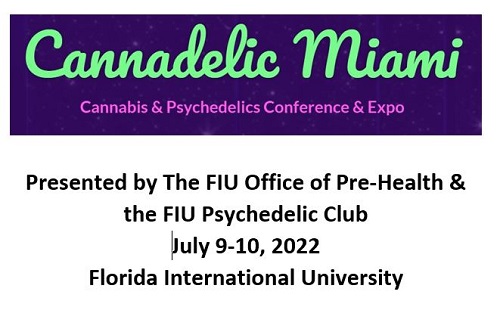