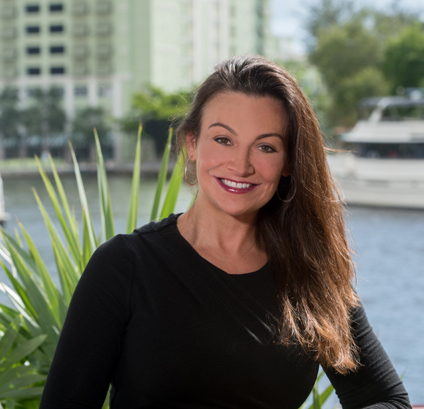 When Nicole “Nikki” Fried opened her full- service government consulting firm, Igniting Florida LLC, in 2016, her goal was to make a difference in Tallahassee and Broward County. With clients now including San Felasco Nurseries, Florida’s Children First and the Broward County School Board, she is quickly earning a reputation for doing just that.

While her clients are diverse, she says one thing unites them. “It’s all about compassion,” she
explained. “It’s about taking care of people who sometimes can’t take care of themselves or who
need extra assistance, like Parkinson’s patients who need access to medical marijuana, or special needs children who should have attorneys representing their interests in court. While I work in different silos, I bring the same passion to each client, trying to provide a better life for them.”

A graduate of the University of Florida with a BA in political science, a master’s in political campaigning and a law degree from the university’s Fredric G. Levin College of Law, Fried was previously employed at Colodny Fass, where she says that she “cut her teeth” on all things Tallahassee.

“After gaining San Felasco Nurseries as a client, I realized that they needed my undivided attention,” she explained of her decision to start her own firm to help service one of the six companies that has a license to grow and dispense medical marijuana in the state. “I could tell that this would be a fast-growing industry, so I took the ball and rolled with it.”

Fried was involved from day one, working on the legal parameters and legislative aspects of medical marijuana in Florida, and lobbying for the rights of patients with the passage of HB 307, which recognized the rights of terminally ill patients to experiment with non-FDA approved remedies, including medicinal cannabis.

While Fried leads statewide and local lobbying efforts for San Felasco Nurseries, other license holders, physicians’ associations and industry groups look to her leadership and guidance to help steer the future of Florida’s medical marijuana program.

“We have a vibrant medical marijuana industry in Florida, but there is a lot of work to be done as there are a lot of hoops to jump through,” Fried said. “We’re slowly but surely going to get there.”

Fried is currently working on everything from putting together a legislative platform for 2019 to working on issues that need to be fixed within the current regulations. “I spend a significant amount of time in Washington D.C. fighting on behalf of the industry, including producers, bankers, physicians and insurers,” she explained. “I bring a lot of knowledge to the table, and have years of experience working with elected and appointed officials and the industry.”

According to Fried, there are a number of issues that require attention. “Next year, I see big changes coming on the national level, including states’ rights, protecting medical marijuana, and regulations concerning financial institutions,” she said.

“Within the state, I see changes in the regulatory framework—the loosening of some rules, and the expansion of ‘allowed’ conditions as a way to deal with the opiate crisis—to give more patients the option to use medical marijuana as opposed to addictive drugs pushed by pharmaceutical companies.”

In addition to her role in the medical marijuana industry, Fried has also earned a reputation for championing children’s rights. She works with Florida’s Children First, a nonprofit, nonpartisan organization dedicated to advancing the rights of children, especially those in foster care. In this role, she helped to accomplish the passage of HB 561, which provides $4.5 million in appropriations to ensure Florida’s special needs dependent children have access to lawyers.

“I consider this one of my greatest accomplishments,” said Fried. “We’ve now got attorneys speaking on behalf of our children; not just for the state or the parents or guardians.

“What I do with medical marijuana, and foster kids, and the school system—a lot comes down to education,” she added. “I’m frustrated with the partisan mindset on human issues—issues that just require common sense. This political divide does a disservice to our citizens. Education and advocacy break down stereotypes, and working together, we can make lives better for all people. I wake up every day with the drive to make a difference.”