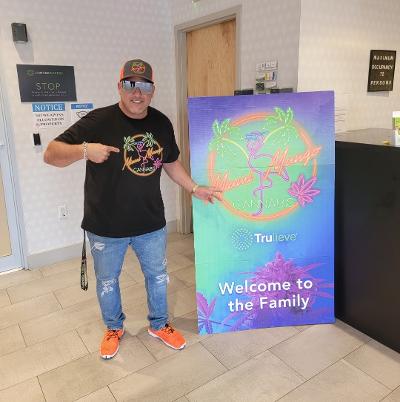 On Feb. 23, Miami Mango’s popular cannabis strain, Mango Haze, was released for sale in 42 Trulieve Cannabis Corp. locations in South Florida. Now available exclusively to Trulieve medical patients in the area, the strain marks the first time that these two well-known companies have partnered to bring a product to market.

“Trulieve is the largest multi-state operator in the country, soon to be the world, and it’s operated by Kim Rivers, who is a very sharp lady,” explained Miami Mango CEO Alex Villegas. “She’s been partnering with the proper people in the traditional market to help bring our culture into the commercial cannabis space.

“By having an alliance with smaller farms that didn’t have the financial backing to be able to buy into the medical cannabis program, she’s been helping small farmers that do have a name or a following in underground traditional markets to get out there,” he added.

Miami Mango first acquired the Mango Haze strain in 2001, and made it available in the traditional market for the past 21 years. “We didn’t listen to the law back in the day; we were young and careless but very ambitious,” said Villegas, adding that the strain has since become a staple in the South Florida market and is very much in demand.

“When Trulieve reached out to see if we were interested in a partnership, they were looking for a strain that commercial companies didn’t have access to,” he added. “It had been kept very private.”

According to Villegas, what sets Mango Haze apart is its flavor.

“It’s a very unique strain; the flavor is unmistakable,” he said. “When you process the flowers into a concentrate, that’s when it really becomes next-level. It not only looks like a mango puree smoothie, but smells just like a fully ripe mango cut from a tree.

“A sativa hybrid, Mango Haze is not overly potent with a high THC content,” he added. “It provides a great euphoric feeling and still lets the user function normally, which is why it’s great for medical reasons. Even though it’s a sativa, it’s good for people with pain or anxiety; the flavorful aroma of the terpenes is soothing and patients love the flavor and the feeling that it brings them.”

In addition to being a cannabis grower and consultant, Villegas also runs an online worldwide hydroponics store and designs and builds high-end cannabis facilities as well as large custom homes. He is currently in talks with Trulieve about possibly releasing more strains, and plans to release Mango Haze into the California market soon.

“Mango Haze is only going to get bigger, expanding into other states,” he said. “We’re not only getting a lot of messages on Instagram from people in other places in Florida wanting it in their Trulieve dispensaries, but from people in Boston asking if it will be available up there anytime soon.”

Cannabis Used as a Medicine: Urgent Considerations to Develop an Informed Consensus 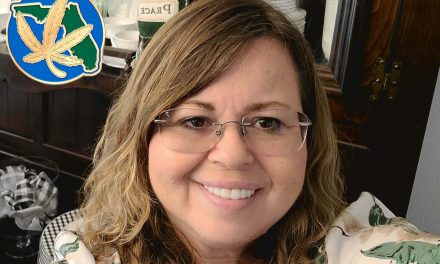