Judge rules in MedMen’s favor on all counts, opens the door for MedMen to recover attorneys’ fees

Separately, the Company announces departure of its chief strategy officer

LOS ANGELES–(BUSINESS WIRE)– MedMen Enterprises Inc. (“MedMen” or the “Company”) (CSE: MMEN) (OTCQX: MMNFF), a premier cannabis retailer with operations across the United States, today announced the Company has received a summary judgment in its favor on all counts in a lawsuit against Arizona-based Whitestar Solutions, LLC (“Whitestar”).

In March 2020, litigation was filed by Whitestar against MedMen in the Superior Court of Arizona, Maricopa County, related to a Membership Interest Purchase and Sale Agreement governing the purchase of EBA Holdings, Inc. dba MedMen Scottsdale. Whitestar alleged fraudulent inducement and breach of contract, among other claims, and sought rescission of the underlying transaction or $60,000,000 in alleged monetary damages. MedMen consistently maintained that the lawsuit and claims were baseless and without merit – and the judge agreed on all counts, cancelling the upcoming jury trial and stating that “no reasonable juror could conclude that Whitestar is entitled to relief on any of those claims.” The judge further ruled that as the prevailing party, MedMen is entitled to submit an application to recover attorneys’ fees and taxable costs from Whitestar.

“We’ve always maintained MedMen’s innocence in this matter, and are pleased to be formally exonerated,” said Ed Record, MedMen’s CEO. “This is yet another baseless lawsuit MedMen has been party to in recent years, and we remain committed to vigorously defending the Company and recovering attorneys’ fees when possible.”

MedMen is represented by Jennifer Catero and Steven Jerome of Snell & Wilmer in this matter.

“We thank Tyson for his leadership and contributions to MedMen,” said Record. “We wish him all the best in his future endeavors. We are also thankful to have a strong bench of talent to fill these openings.” 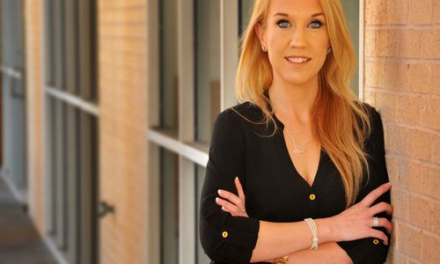