Trulieve Cannabis Corp. (CSE: TRUL) (OTCQX: TCNNF) (“Trulieve” or “the Company”), a leading and top-performing cannabis company based in the United States, today announced partnerships with Florida-based non-profits as part of their TruVets program. Throughout the year, Trulieve will be highlighting resources available to veterans through local organizations.

The TruVets program launched in May 2020 with a goal of educating veterans on the accessibility and use of medicinal cannabis. Sponsored outreach programs include veteran non-profits across the nation which offer financial support, educational seminars, product explanation, and connection with local doctors in the area.

In May, Trulieve highlighted the work of Mission Zero. Founded by United States Army Combat Veteran Jose Belen and his wife Danielle to end veteran suicide, Mission Zero’s goal is to raise awareness of the veteran suicide epidemic and to provide soldiers returning home with the resources, support, and community that can mean the difference between life and death.

“We are grateful to have worked with Trulieve to continue to raise awareness to veteran suicide and also to help provide veterans with more education and opportunity towards natural healing methods. We are humbled and very grateful for Trulieve’s continued advocacy for our veterans and their right to natural plant medicine. Mission Zero Actual is dedicated to not only saving lives but also giving reasons to live,” said Mission Zero founder Jose Belen.

For the month of June, Trulieve has partnered with the Wounded Warrior Abilities Ranch.

Wounded Warrior Abilities Ranch (“WWAR”) was founded in 2015 by Pinellas Park resident Mike Delancey. After being critically injured in a sniper attack during military combat in Iraq, Delancey worked with the City of Pinellas Park to build a park that would benefit his mission to inspire veterans to get out and be active. Lurie Park, which is home to WWAR, is a purpose-built ADA city park and was designed to support both the physical and emotional needs of veterans and the community, with fitness and sports at its core.

“One of the biggest hurdles for me when coming home was confronting my own life-changing injuries. Creating an organization that was dedicated to helping other people in my situation adapt and recover was not only part of that recovery process, but a resource I knew would benefit other veterans,” said WWAR founder Mike Delancey. “We’re incredibly proud to partner with an organization like Trulieve to bring awareness to resources available within local communities to veterans.”

Currently, veterans are eligible for an in-store discount on Trulieve products. Trulieve also has long-standing partnerships with local veteran organizations throughout the state and encourages patients to inquire about resources at their local dispensary or on our TruVets webpage.

“Compassionate care has always been at our core. As part of diversity and inclusion initiatives, outreach that includes veterans and people with disabilities is very important to us. Many of the partnerships we’re spotlighting through our TruVets program are long-standing, year-round collaborations, and we’re looking forward to bringing awareness to the resources available to veterans in their local communities and throughout the state,” said Trulieve CEO Kim Rivers. “WWAR and Mission Zero have been doing some incredible things in their local communities for veterans and residents alike, and we could not be more honored to spotlight these efforts.”

As the state’s leading medical cannabis provider, Trulieve’s employees are experienced, knowledgeable, and eager to help patients. Trulieve encourages potential patients, as well as patients who are new to cannabis and our wide array of products, to connect with the staff in-store or through the online chat feature to learn more.

In stores and online, patients will find Florida’s largest selection of THC and CBD products, available in a variety of delivery methods, including smokable cannabis, concentrates, tinctures, topical creams, vaporizers, and more. Trulieve also offers home delivery statewide for patients, and convenient in-store pick-up at its 48 dispensaries in locations across the state from Pensacola to Key West.

The Office of Medical Marijuana Use recently announced the registry has surpassed 340,000 registered medical marijuana patients with an active ID card, with Trulieve consistently selling approximately half of the state’s overall volume, per the Florida Department of Health. There are nearly 2,500 registered ordering physicians in the State of Florida as well. 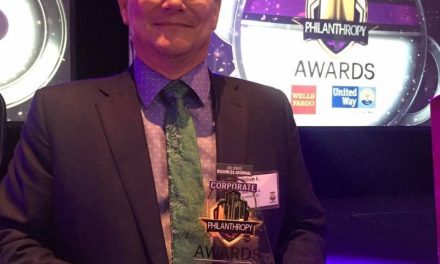 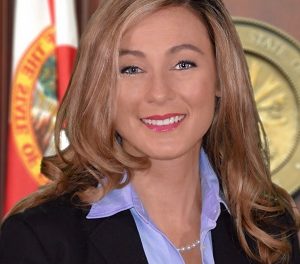 The Shady Legal Status of CBD in the Sunshine State