Trulieve Cannabis Corp. (“Trulieve” or the “Company”) (CSE: TRUL) (OTCQX: TCNNF), a leading and top-performing cannabis company in the United States, today announced the closing of the equity acquisition of Anna Holdings LLC, a company who is the sole equity holder in Chamounix Ventures, LLC which holds a permit to operate dispensaries under Keystone Shops (“Keystone Shops”), with locations in Philadelphia, Devon, and King of Prussia.

Total transaction consideration was $60 million satisfied through the payment of $20 million in cash and by the issuance of 1,009,336 subordinate voting shares of the Company (the “Trulieve Shares”) which are subject to lockup periods of up to 18 months following the closing date of the transaction. The deal does not carry a deferred payment or an earn-out period and provides for an additional $5 million in consideration which is contingent upon the enactment, adoption or approval of laws allowing for adult-use cannabis in Pennsylvania.

Kim Rivers, Trulieve CEO stated, “The Trulieve team was able to close this transaction quickly, adding to our presence in Pennsylvania. Keystone Shops operates three strategically-located dispensaries in the Greater Philadelphia area and, with its staff’s knowledgeable and customer-centric approach to patients, this will be a valuable and exciting addition to our growing Pennsylvania portfolio.”

For more information on the acquisition, please see the news release previously issued by Trulieve on April 5, 2021, which is available on Trulieve’s website as well as SEDAR at www.sedar.com.

Keystone Shops was formed by President and CEO Mike Badey in 2016, and was the first medical marijuana dispensary to sell dry-leaf flower in Pennsylvania. Since first opening in 2018, Keystone Shops has operated three premier dispensary locations in the Philadelphia area.

Trulieve is primarily a vertically integrated “seed-to-sale” company in the U.S. and is the first and largest fully licensed medical cannabis company in the State of Florida. Trulieve cultivates and produces all of its products in-house and distributes those products to Trulieve-branded stores (dispensaries) throughout the State of Florida, as well as directly to patients via home delivery. Trulieve also owns companies who hold licenses to operate in California, Massachusetts, Pennsylvania, Connecticut and West Virginia. Trulieve is listed on the Canadian Securities Exchange under the symbol TRUL and trades on the OTCQX Best Market under the symbol TCNNF.  Learn more at: www.trulieve.com/ 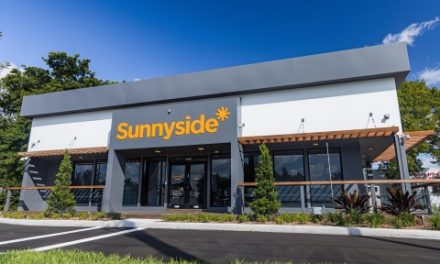