Trulieve Cannabis Corp. (“Trulieve” or “The Company”) (CSE: TRUL) (OTC: TCNNF), a leading and top-performing cannabis company in the United States, today announced it has been named a winner of a Silver Stevie® Award for Achievement in Growth in the 19th Annual American Business Awards®. The awards recognize businesses that have excelled in further developing their operations through various avenues such as mergers and acquisitions and corporate expansion.

“After an unprecedented 2020, we are proud to be recognized for our growth and expansion into new markets,” said Kim Rivers, CEO of Trulieve. “We look forward to building on this momentum as we drive further expansion across North America, including operations in Pennsylvania and the opening of Massachusetts in our northeast hub, bringing our high-quality cannabis products and unmatched customer service to more patients and consumers.”

Award winners were determined by the average scores of more than 250 professionals worldwide. Winners will be celebrated during a virtual awards ceremony on Wednesday, June 30 at 2:00 pm ET.

The American Business Awards are the U.S.A.’s premier business awards program. All organizations operating in the U.S.A. are eligible to submit nominations – public and private, for-profit and non-profit, large and small.  To view the complete list of winners in the Achievement Awards categories, visit the Stevie Awards website.

About Trulieve
Trulieve is primarily a vertically integrated “seed-to-sale” company in the U.S. and is the first and largest fully licensed medical cannabis company in the State of Florida. Trulieve cultivates and produces all of its products in-house and distributes those products to Trulieve-branded stores (dispensaries) throughout the State of Florida, as well as directly to patients via home delivery. Trulieve also has licenses and operates in California, Massachusetts, Connecticut, Pennsylvania and West Virginia. Trulieve is listed on the Canadian Securities Exchange under the symbol TRUL and trades on the OTCQX market under the symbol TCNNF. 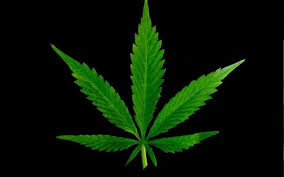