Verano Holdings Corp. (CSE: VRNO) (OTCQX: VRNOF) (“Verano” or the “Company”), a leading multi-state cannabis company, today announced its results for the second quarter ended June 30, 2021. The financial information below is reported on a pro forma consolidated basis accounting for the AltMed acquisition as if completed on January 1, 2021, and all currency is in U.S. dollars.

Management Commentary
“This was a very strong quarter, particularly in topline revenue growth, which reflects our proven ability to execute in both the retail and wholesale verticals,” said George Archos, Verano CEO and Founder. “We executed exceptionally well on our expansion plans in the second quarter, adding 16 dispensaries to our footprint between new doors opened and acquisitions closed, providing additional runway for growth in core markets such as Arizona, New Jersey, Pennsylvania, Illinois and Florida. Building on this momentum, we anticipate exiting the year with an annual revenue run rate approaching $1.1 billion.”

Balance Sheet and Liquidity
As of June 30, 2021, the Company’s current assets on a pro forma consolidated basis were $572 million, including cash and cash equivalents of $150 million. The Company had working capital of $285 million and total debt, not including lease liabilities and net of issuance costs, of $131 million.

Additional Information
The financial information reported in this news release is based on the unaudited consolidated financial statements of Verano Holdings Corp. and the related management discussion and analysis (“MD&A”) for the three and six months ended June 30, 2021, both of which are available under the Company’s profile on SEDAR at www.SEDAR.com. All financial information contained in this news release is qualified in its entirety with reference to such financial statements and MD&A.

Non-IFRS Financial Measures
Verano refers to certain non-IFRS measures to evaluate the performance of the Company. The terms “EBITDA”, “Adjusted EBITDA” and “Free Cash Flow” do not have any standardized meaning prescribed within International Financial Reporting Standards (“IFRS”) and therefore may not be comparable to similar measures presented by other companies. Such measures should not be considered in isolation or as a substitute for measures of performance prepared in accordance with IFRS. EBITDA is calculated as net earnings from operations before interest expense, tax expense, depreciation, and amortization. Adjusted EBITDA is calculated as EBITDA adjusted for one-time expenses related to other expenses, gain from investment in associates and acquisition related costs. Free Cash Flow is calculated as cash flow from operations minus capital expenditures. Reconciliations of the non-IFRS financial measures used in this news release to the most comparable IFRS financial numbers are included tables at the end of this news release.

Verano is a leading, vertically integrated, multi-state cannabis operator in the U.S., devoted to the ongoing improvement of communal wellness by providing responsible access to regulated cannabis products. With a mission to address vital health and wellness needs, Verano produces a comprehensive suite of premium, innovative cannabis products sold under its trusted portfolio of consumer brands including Verano™, Avexia™, Encore™, and MÜV™. Verano’s portfolio encompasses 14 U.S. States, with active operations in 11, which includes 10 production facilities comprising approximately 832,000 square feet of cultivation (including a 26,000 sq. ft. facility in Massachusetts nearing completion of construction). Verano designs, builds, and operates dispensaries under multiple retail brands including Zen Leaf™ and MÜV™, delivering a superior cannabis shopping experience in both medical and adult-use markets. Learn more at www.verano.com. 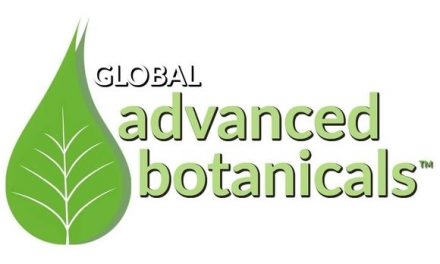